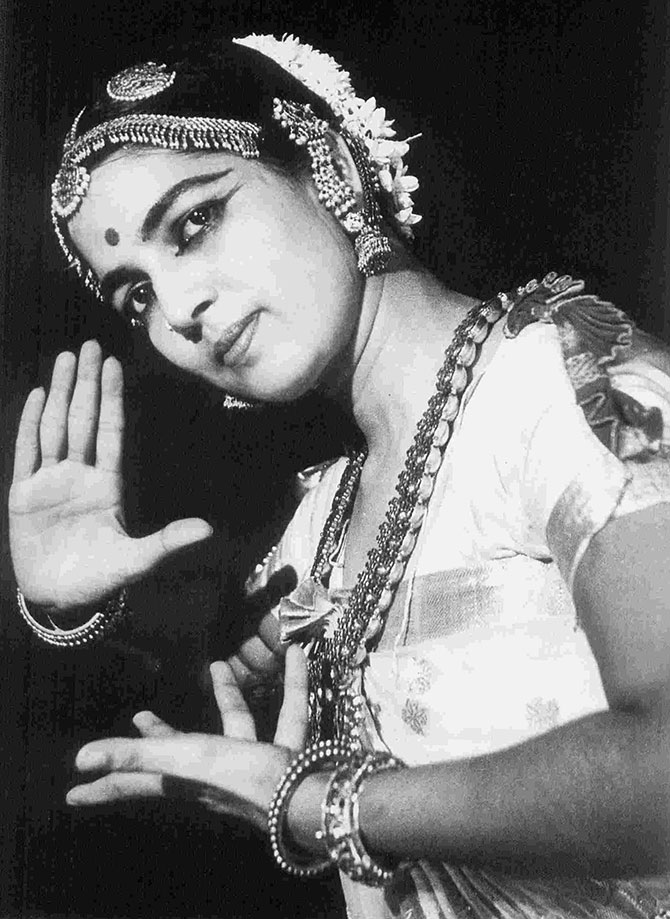 Rukmini Devi Arundale is the most important revivalist in the Indian classical dance form of Bharathanaatyam. Recognizing the beauty and spiritual value of this art form, she not only learned the dance, but also presented it on stage in spite of strong public protests. She later went on to found the prestigious Kalakshetra Foundation in Chennai, India.

Rukmini Devi features in India Today’s list of “100 People Who Shaped India.” She was awarded the Padma Bhushan in 1956, and Sangeet Natak Academy Fellowship in 1967. Rukmini Devi was also an Indian theosophist and an activist for animal rights, animal welfare and vegetarianism.

Sri V P Dhananjayan and wife Shanta Dhananjayan, popularly known as the Dhananjayans, have become a legendary dancing couple. Having established their own academy Bharata Kalanjali in 1968, the two outstanding disciples of the world renowned Rukmini Devi have become International celebrities.

The Dhananjayans have received innumerable awards throughout the years. Amongst these, some of the most prestigious awards include the Naatyaachaarya Award, the Birla Award, and the Padma Bhushan Award which was presented to them for their development, preservation and propagation of the best of Kalakshetra tradition in Bharathanaatyam through their dance academy Bharata Kalanjali.